Buy a home with our sister site 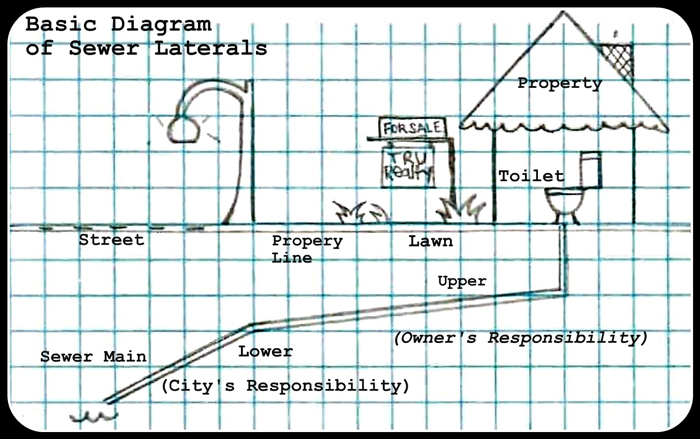 Note: this article has been updated.
Our updated article - which includes the East Bay's most recent point-of-sale requirements can be found here (link).

Beginning back in January 2012, the City of Oakland implemented a new ordinance requiring some homeowners to repair or replace their sewer lateral. A sewer lateral is a pipe the connects a home’s plumbing to the city’s sewer main. These pipes are privately owned and, in Oakland, it is the property owner’s responsibility to fix these pipes if they corrode, clog or overflow. A similar ordinance exists in Emeryville, Piedmont, El Cerrito, Kensington and Richmond.

Here are the basic requirements:

Pricing for a sewer lateral repair or replacement can range from $3,000 to about $7,000 depending on the level of work required. If your plumbing company needs to dig deep to reach the city’s main line (and remove concrete in the process), you can expect costs to be on the higher side of this range.  If your pipe is not too deteriorated, your company may be able to simply repair it.

Reasoning Behind the Ordinance

As homeowners, requirements such as this can seem cumbersome. So why has Oakland added this hurdle to the home sale and purchase process? It turns out, it’s for pretty good reason.

The new private sewer lateral ordinance is an effort by the RWQCB and the Environmental Protection Agency to keep the San Francisco Bay and other area waterways clean. Sewage from deteriorated laterals could be slowly going into our creeks and groundwater. Too much sewage overflow can overwhelm the public sewer system, which is designed to hold only so much wastewater. This in turn can cause partially treated sewage to be released directly into the San Francisco Bay. Sewage release can contain contaminants not generally found in urban runoff, including fecal matter, which may carry disease-causing organisms. Oakland’s sewer lateral replacement program was designed to lessen the risk of overflows at the three primary EBMUD sewage treatment plants.

Does Your Home Need a New Sewer Lateral?

Many homes in Oakland and around the East Bay were built before 1950 and have never had their sewer laterals replaced. Aging laterals are most likely clay or iron, which tend to leak at the joints when jostled by shifting soils like those found in the Oakland hills. New lateral pipes are installed as one long sleeve and made from high-density polyethylene, which is more flexible, sturdy and resistant to corrosion. The polyethylene pipes are expected to last about 50 years or more.

If your lateral was replaced in the last ten years, property owners can apply for an exemption to this requirement.